December 22, 2016June 11, 2018
We recently went on a trip to China (for business) and Thailand (for fun).  It probably goes without saying that these countries are very different from the U.S. (especially China).  We ate lots of interesting and different foods and tried our best to observe and learn about the cultures.
One of the obvious things we noticed is that both cultures are primarily Buddhist.  We had the opportunity to visit Buddhist temples in both China and Thailand.  Bob, our business associate in China, knows some of our story and knew that we recently lost Winnie.  He had a son born the same month as Winnie, and I think our loss “hit home” for him in many ways.  He took us to a Buddhist temple in Qingdao.  It was the largest temple in the city, sitting on top of a hill.  It had many different buildings within the complex, and each housed different statues of gods. 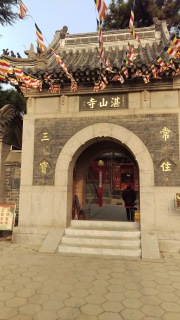 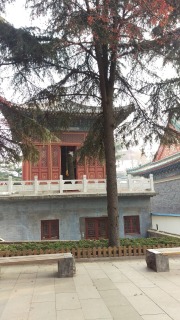 (On a side note, I took World Religions in college and studied the major religions, including Buddhism, but I am quite rusty on the subject.  I was surprised to see so many different gods (or different forms of Buddha) representing different things.  Many of the statues didn’t even appear to be Buddha, it seemed like an interesting mesh of Hinduism and Buddhism.  Since Bob’s English isn’t proficient enough for complex conversations, it was difficult to ask a lot of questions.  Anyway, I digress.)

One of the reasons Bob took us to the Buddhist temple is that he wanted us to pray for healthy children in the future.  He cares so much about us and wants to see restoration in our future (just like all our friends and family do).  We politely told him we couldn’t kneel and pray to Buddha because we had our own God we prayed to.  But we walked around the complex and observed the different buildings and statues and what other people were doing.   One thing we saw a lot of (or so it was explained to us) was many women and couples coming to pray for fertility and for children.  Some were praying to have children and some were pregnant and praying for healthy children or specifically male children.  For some people, this was a daily part of their routine and a high priority to them.
A week later, we found ourselves in Thailand at another Buddhist temple.  We started up a conversation with a guy outside the temple and he told us that his wife was pregnant and they came to the temple to pray for a boy (since they already had 2 girls).
I find it so interesting that so much of religion over the course of human history has been driven by fertility.  Historically speaking, the three things people probably most depended on god (or gods) for was good weather for farming, healthy children, and protection from enemies.  Today, most of us don’t farm and are relatively safe from our enemies, but for many people the issue of having children (or in our case having healthy children) is still a huge issue.
In countries like China and Thailand it drives people to go to the temples and pray to god (or gods) to bless them with their heart’s desire.  In Christianity, we often don’t treat God very differently.  When it comes to this difficult issue we want to approach Him and plead our case and do whatever it takes to convince Him, or twist His arm, to give us our way and obtain what we desire.
I think about what all of this says about our story.  I kept wondering what the people around us in China or in Thailand would think about us if they knew our whole story.  Would they think we had bad karma?  Would they think we were cursed?  Would they think we hadn’t pleased the gods or had not performed some superstition correctly to win favor?  Would they think we had some hidden sin issue that caused our children to die? 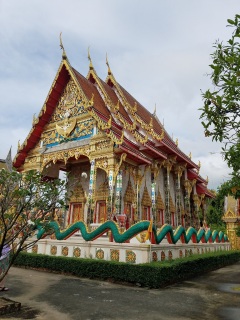 And what about in America, what does our story make others think?  I think, at the very least, it challenges many pre-conceived notions many of us have.  Notions of control, notions of blessings for a life well-lived.  Ideas that I don’t think are rooted in Christianity, but are instead rooted in our human nature to try and make sense of the world.  Our story doesn’t make a lot of sense and our human minds are repelled by it.  We don’t want it to be true, because it doesn’t fit into any sort of story that we want to be true.  We don’t want babies to die.  We especially don’t want babies of people we love and find to be nice, caring people to die.

I guess I wonder about you, whoever you are, reading our blog.  What does our story make you think about?  Part of it is probably a strange interest in a story so terrible.  I’m sure a proper person like you would never admit this, but I also know something about the human heart, and it’s messed up.  Part of it is probably concern about and love for us.  How are we holding up? What are we learning?  Part of it might be because you have a similar tragic story and long journey ahead of you.

We both hope that part of what our story makes you think about is that a light of truth and beauty shines through our lives in the midst of such darkness.  We could hope that so much is true, although we doubt it sometimes.

Christmas is coming up this week, and neither of us is looking forward to it.  Dreading it is probably a better description.  We didn’t decorate.  It seems all wrong.  We began to think we should have come back from China after the holidays were all over.

If you’re reading this, I ask this Christmas gift of you:  Can you share in the comments below one way our story has changed or challenged you?  Or shown or reminded you of something good?  Or broken you away from the tired and untrue way of looking at the world and at God as just someone who rewards our good behavior and punishes our bad?

Our road has been so difficult.  The past few weeks have been really hard and we expect the next few weeks will be no better.  So we ask you, as part of our community, to give us some words of encouragement to remind us that there is still good in our story, and that you’ve been changed in some way by it.  We thank you in advance for that.